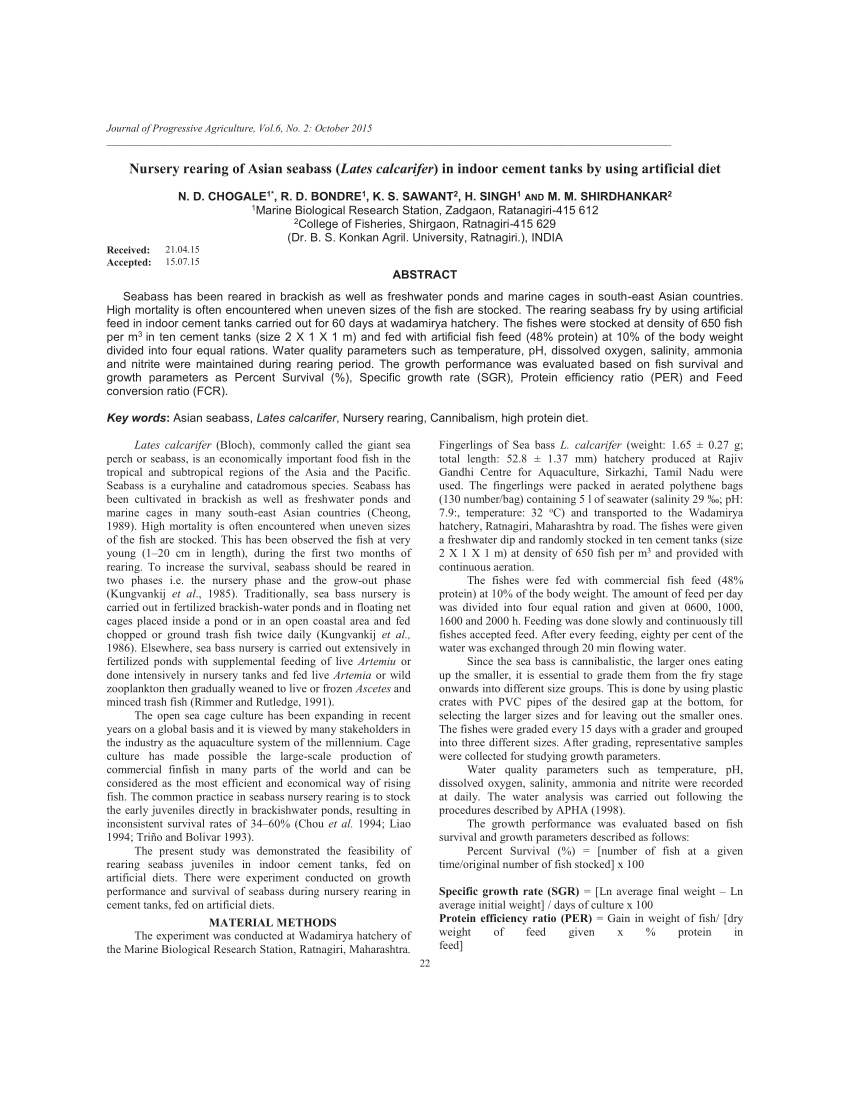 Recently, we have started to work on improved disease resistance as well and we intend to improve our understanding on the effects of feeds onto the physiology of the seabass using genomic tools. Asian seabass is known to spawn primarily in seawater, spends the first 1—2 years of its life in freshwater and then migrates back to seawater for breeding [ 7 ]. The catadromous nature of the species has motivated numerous studies to investigate its fatty acid metabolism [ 8 — 10 ]. In marine fishes, the ability to convert eicosapentaenoic EPA, Cn3 to docosahexaenoic acids DHA, Cn3 might be possible but the conversion rate is usually too low to meet the high demand for DHA in rapidly growing and developing fry and fingerlings [ 11 ].

The fatty acid biosynthetic capability of Asian seabass is usually considered to be similar to other marine teleosts. It is well established that fish oil- and fish meal-based feeds are essential for Asian seabass, as their absence would result in growth retardation and reduction in all major n3-lcPUFAs, including EPA and DHA [ 8 , 9 ]. In addition to studies performed to analyze the fatty acid requirements of Asian seabass, several research groups have also evaluated their growth performance by varying carbohydrate and lipid inclusion levels [ 14 , 15 ], optimised dietary protein and energy ratios [ 16 , 17 ] and determined the requirements of certain vitamins and minerals [ 18 — 22 ].

Others focused on finding suitable alternative sources of feed ingredients derived from plant, animal or microbial origin to replace fish meal and fish oil due to their scarcity and increasing prices [ 23 — 25 ]. Despite those efforts, the nutritional information required to formulate precision diets for Asian seabass is still incomplete. To date, different feed manufacturers have attempted to produce complete feeds that fulfil the nutrient requirements of various cultured species by using different ingredients.

However, no clear consensus seems to have been established on the needs of the species. As a result, a diverse range of feeds compounded with different proportions of ingredients being offered and used for its culture. According to our knowledge, no one has analysed the potential effect of multiple pelleted grow-out feeds on various performance parameters and fillet fatty acid composition of the Asian seabass in comparison to frozen baitfish controls.

As most nutritional studies were performed on individuals from the Australian clade whereas our fishes belong to the South-East Asian one, it was important to analyze the effects of feeds on our selected seabass and identify a feed that will suit their needs with limited compromise regarding the nutritional quality of the fillet thereby preventing subpar utilization of gains achieved through the selection process.

Therefore, in our present study, three commercially available pelleted grow-out feeds Feed B-D and frozen baitfish Feed A as control were evaluated based on the overall growth performance, nutritional quality of fillets and histological changes of the mid-gut and liver in juvenile Asian seabass. These data allow us to glimpse into the effects of different feeds onto the gene expression profile of the liver and with the recent availability of the Asian seabass transcriptome [ 29 ], its draft genome [ 30 ] and a comprehensive Asian seabass genome assembly [ 31 ] more detailed analysis of such datasets will be possible in the near future.

In order to reduce the effect of genetic variability on the results observed, fish used for the study were spawned from a single pairwise cross between two of our selected F1 Asian seabass brooders with increased growth rate. Prior to crossing, the parents were genotyped with nine polymorphic microsatellites [ 32 ] and results showed that they were Upon hatching, the larvae were stocked in a flow through fibreglass tank at a density of 20 larvae per litre of filtered seawater between 2 to 18 days post-hatch dph , larvae were reared on live feed. Weaning of live feed to dry commercial feed was performed with Otohime B1 Marubeni Nisshin, Japan from 18 to 21 dph, followed by Otohime B2 between 22 to 25 dph.

Grading was performed weekly from 25 to 60 dph to minimize cannibalism. Five 20 m 3 tanks were set up with six 2m 3 rectangular canvases suspended into the water of each tank. Seventy-five tagged fishes average weight: Variable conditions, including flow rate and temperature, were recorded daily data not shown. From dph onwards, we started the feeding trial: Frozen baitfish Feed A; control and five commercial grow-out pelleted feeds Feeds B-F were fed to groups of fishes reared in six separate canvases within each of the five tanks, resulting in five replicate groups for each feed type.

Other than the nutritional information provided on the packaging label S1 Table , no other additional information pertaining to the ingredient compositions of the feeds was available. The initial pellet sizes used at the start of the experiment ranged from 4. This was unavoidable due to limitation in the availability of various feed sizes from different manufacturers. The frozen baitfish fish used was a wild-caught mix, comprising different species of the scads Genus Decapterus with mackerel scad Decapterus macarellus being in the majority. Arbituary codes Feeds B, C and D were assigned randomly to these pelleted feeds and the codes were not linked to any specific manufacturers.

Five large tanks containing six individual canvases of two metric ton volume each per tank were set up. Asian seabass siblings dph from a pairwise cross performed with two brooders selected for increased growth rate were tagged, measured, photographed and placed into the canvases at 75 individuals per canvas initial density. The amount of feed was adjusted on a weekly basis based on BW measurements of 15 individuals per canvas. At dph, all the fish were measured and 25 individuals were randomly removed to reduce density.

During the — dph period, gradual change in pellet size fed to fishes in groups B, C, D and F. At the end of the experiment all individuals were measured and photographed and samples were collected for the different analyses.

Prior to the start of the experiment we have tested the daily feed consumption of the fish by feeding them ad libitum for five days. The amount of feed fed from dph onwards was set slightly below this value to ensure that all the feed fed was consumed. Fish were fed three times a day in small proportions over the period of 30—45 minutes. Feeding was terminated once fish let pellets sunk to the bottom. Due to the fact that canvas tanks had a depth of over two meters, leftover feed, typically a few pellets only, were not collected from the bottom. 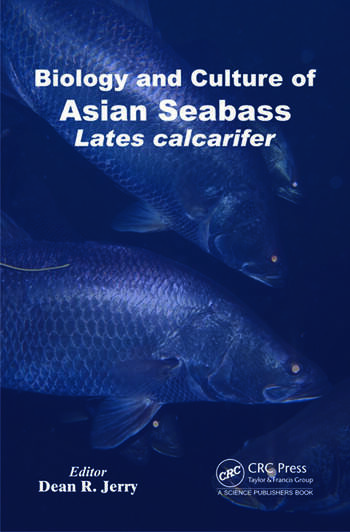 On a daily average, all the groups on commercial grow-out feeds, except those on Feed F, received 2. For Feed F, the amount had to be reduced to 1. Due to this reason, Group F was eventually removed from any subsequent analysis. Feed A was fed at an increased percentage of 6.

The amount fed was adjusted to the growth of the fish at the beginning of every week by measuring the BW of 15 random individuals per canvas. Growth increase was recorded and total BW for each canvas was determined weekly. As this weekly weight measurement disrupted the daily routine of the fishes and they refused to eat, feeding was ceased every Monday. Between to dph, gradual change to larger sized pellet was performed for the groups fed commercial feeds, with the exception of Feed E, where only a single size 4.

Therefore, Group E was also removed from any subsequent analysis.

Throughout the feeding trial, a total of 20 individuals from all the groups were lost and they were replaced from a backup group of the same origin that was kept for this purpose. However, these replacement individuals were used only for maintaining the density of the groups and they were excluded during sample collections and any subsequent statistical calculation. As indicated above, five commercial pelleted feeds were used for the feeding trial, but two had to be excluded from the study due to technical reasons.


The frozen baitfish control Feed A and the remaining three Feeds B-D with varying amount of nutrients Table 1 and distinct differences in fatty acid composition Table 2 were analysed in detail in this experiment. The nutrient content of the experimental diets Table 1 were determined using standard techniques for proximate analyses by Food Analytica Ltd.

Crude fat was determined using the standard ether extraction in a Soxhlet apparatus. Starch was quantified as glucose after starch hydrolysis with a heat tolerant amyloglucosidase [ 33 ]. Amino acids were analysed by HPLC method with post-column derivatisation as described by the Commission Directive of the European community [ 34 ]. Fat was extracted for fatty acid analysis using the methods of Folch and colleagues [ 35 ].

At the beginning, pictures were taken from 2, individuals and they were placed into the canvases the remaining tagged individuals were kept as backup to replace lost individuals during the period of the experiment. The BW, standard length and PIT tag ID and additional morphometric data of each fish was recorded from the resulting photograph for two representative pictures, see S1 Fig.

Length measurements of every individual fish were made subsequently from the images using ImageJ software [ 37 ]. At dph, samples from 18 randomly selected individuals were collected from each group Fig 1. The samples used for molecular analysis and histology were collected from posterior part of the liver and mid-section of gently squeezed intestine, respectively. Muscles from the vicinity of the dorsal fin and tail fin were collected for biochemical analysis.

For mid-gut and posterior liver analysis, nine samples were collected from each group total of 36 samples. For every gut sample, ten cross-sections were quantified for external circumference of serosa ECS , mucosal height MH and muscularis layer thickness MLT. Hepatocyte diameter HD was quantified by taking thirty measurements per liver section.

All measurements were performed using the Fiji software [ 39 ]. The goblet cell number GCN was determined by counting them in the entire mucosal region under the microscope. Each sample was assessed twice by two researchers and averaged before using it as a representative measurement. A total of five pools containing g of fillets of each group were analysed. Two and a half gram of the muscle tissues collected from the area on the left side below the dorsal fin were freeze-dried and homogenized by grinding with mortar and pestle under liquid nitrogen.

Powdered tissue samples were placed into a 21 X 70 mm glass vial with PTFE screw cap and the subsequent steps of FAME synthesis were performed following the described protocol. Helium was used as the carrier gas. Only fatty acid profiles of big size commercial feeds were used for this correlation. Since FAME of feeds and that of the fillets were detected independently, only fatty acids that were detected in both instances S2 Table were used for the correlation studies in S3 Table.

Microarray data were quantile-normalized and log 2 -transformed for statistical analysis. The expression level of 13 selected DEGs identified earlier by microarray analysis of the liver was quantified by qPCR. The most stably expressed reference genes ubq and rpl8 were identified from the panel of putative reference genes using GeNorm [ 47 ] and their geometric means were used to normalize all samples in GenEx5. Data of production traits, histological and biochemical analysis are represented as means values with standard error of the mean SEM. Production traits of every individual fish were taken into account with the exception of those fishes, which had died 20 individuals or were problematic 28 individuals at some point throughout the course of the experiment.

Fishes were classified as problematic when unforeseen circumstances occurred such as, missing tag number, missing weight and length measurements.