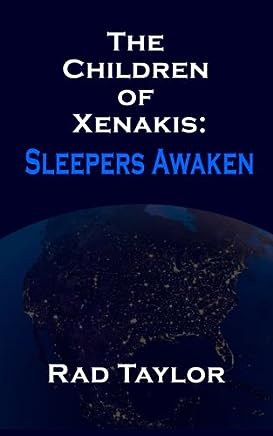 There were signal blockers in the ancient subway tunnels that were home to the underground, and those were always activated during their meetings, but all of them were extra careful when approaching or while in the tunnels. Especially these days when so many fringers were fleeing Special Forces in the eastern empty zones. Eagle would even take the shuttle off feed before they arrived at their destination. Like the others in her crew, Lyssa had fought to survive her youth in Colony 6 and had grown into a responsible citizen—but the Elite who ruled the CORE still wanted her dead.

She was a sixer, a person who had developed a special ability from the experimental viribus drug placed in their water. It paid to be careful—and to suspect everyone. Eagle gave his customary uneven shrug, his right shoulder lifting slightly before the left. They left the shuttle in a public parking lot near the edge of town and made their way down a blind alley to a derelict apartment building in the adjoining empty zone. In the basement, they found a well-hidden staircase that led into the subway.

With the addition of the blue public shuttles, nothing else had been needed. The centuries-old tunnels were now home to hundreds of undergrounders, who had fled CORE society for one reason or another. Lyssa knew her way to the underground conference room, but she was glad to have Eagle with her. His ability to recreate a mental 3D rendition of anything he experienced or could imagine made it impossible for him to lose his way from any of the several entrances, even without his glasses that transmitted all kinds of information directly to his brain.

She put the strap over her head, adjusting its position until it hung heavy and reassuring on her upper chest, bathing the tunnels with illumination. Since it was December, the tunnels would be frigid until they arrived at the inhabited stations. Reese and Jaxon left division before I did. Truth be told, sometimes it was a little like flying.

They had gone a half kilometer when Eagle raised his hand in a signal for her to stop, his head turned attentively toward a tunnel they were passing. Then he stopped again, unzipped his jacket, and drew a gun from his shoulder holster. No one sets up this side of the guards.

He retraced their steps, quickly disappearing from view as Lyssa watched, careful to aim her light forward and not back at him. Minutes ticked by as she waited. Her body felt hot despite the cold in the tunnels. She should have gone with Eagle. She was trained in marksmanship and hand-to-hand combat—Captain Brogan had insisted on that for both her and Lyra.

Reese and Jaxon would never have let Eagle face a dozen people alone. If her ability worked properly, she could have at least traveled mentally with Eagle, but here she remained, useless. 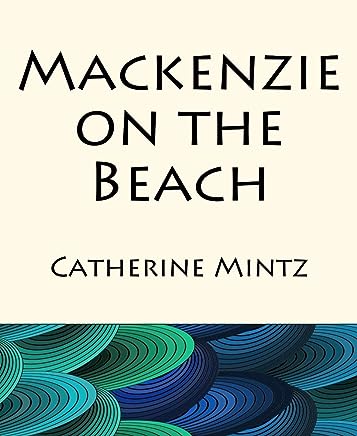 She waited a minute more. Still nothing.

Taking a deep breath, she whisked the light from her chest and put it down on the rocky floor of the tunnel. Switching it off, she began to feel her way along the wall. Hold on, Eagle, she thought. Here in this isolated place, they would never attract the attention of a more powerful crew, because doing so was only asking for trouble, even if most of the older kids were in a different wing and had other lunch periods.

In a year or two, they might be strong enough to hold their own anywhere, especially with Dani around. For now, they were comparatively strong on their own in level ten. Reese heard one of the boys trip—probably Jaxon, though it was Eagle who was practically blind. Eagle Eyes Jenson could remember each turn and navigated the hallways and classrooms at their school better than any of their crew. She set aside her precious sketchbook and looked up expectantly.

More laughter and an urgent shout.


Before he finds us! Sure enough, it was Eagle who turned the corner first and slid in beside her. His thin, freckled face held a wide smile, and his brown eyes under the heavy glasses were huge, magnified impossibly by the thick lenses. His brown hair was damp from exertion and hung limply in his eyes. There were rumors about implanted codes that would force each child to collect their own meal, but adults talked about a lot of things that never happened.

Reese figured by the time they got around to implanting IDs, she and her crew would be leveled out of school and away from the nightmare of living in the Coop. Eagle caught the thin box with his scrawny arms and ripped off the plastic-coated carton top, grinning at the small bag of pretzels nestled in one of the small compartments.

It’s time for sixers to fight back.

Reese was glad to see him so happy with his favorite snack. He poked his finger in the thick sauce that covered chunks of what passed as meat but was really protein cubes of some sort. No one really knew.

Still hot. Reese sighed impatiently. Why are you so late? Whatever else Eagle tried to say was lost as Jaxon Crowley plowed around the corner and collapsed beside Reese.

A wide, red welt stood out on his neck. Wrinkles gathered under his eyes, and an even deeper one ran down the bridge of his nose. His big ears were quickly turning red, along with his nose and the top of his head. That was a man ready to blow, and blow big.

Instinctively, Reese reached for her drawing pad, her fingers itching to get the image on paper. Instead, she brushed up against the two remaining readymeals. Stunners hurt bad, and though it was supposed to be illegal for anyone but enforcers to have them, there were more than a few at the school for secret use on recalcitrant students. Jaxon reached over to tug on one of her dark locks.

She wanted her drawing pad instead—her fingers tingled to draw the image in her mind. Images that were always one-hundred percent accurate. Jaxon knew about it, of course. She told him everything. A crew that kept them safe. But though he knew her secrets, she tried not to remind him of her weakness. Of the way she had to draw. Because of her. Pushing away the urge to draw, she leaned back against the metal door behind her that opened to stairs leading down into the bowels of the school. She moved her legs to catch more of the sunlight, refusing to think about that now.

This was April and winter was too far away to worry about. Reese shook her head. Sure enough, they were still eating their meals when Dani Balak and the twins, Lyssa and Lyra Sloan, showed up. More freaks. The twins because they were twins and Dani because of her short spiky white hair and her very black skin. They carried readymeals but were running, Dani a good head taller than the petite twins.

Reese set aside her meal and jumped to her feet, her heart hammering inside her chest. The two Jammer brothers—Witt, an older boy, and Keag, who was their age—lived near them and were the meanest boys they knew. Witt was their leader, and the boys followed him around like dogs, swaggering and tormenting anyone who happened to be in their way. I can take care of it.